Ok, what is it about kids and fever on Friday nights right after the Dr.'s office closes, late at night, or Holiday's when the Dr.'s office is closed? My kids seem to have fit in everyone of those categories sometime in their lives! :) As you all know, we have been sick around here. Chace has been running fever, and we have been waiting for the Dr's office to open after a long weekend for him to be seen! Well last night about 10:00 pm, he starts feeling really bad, so I checked his temp and it was 101.3, so I gave him a dose of Advil so he could go to bed. Well he laid on the couch for almost an hour, but still he was looking bad. So I checked his temp. again and it was 103.1, I started to get a little worried, so he went back into the luke warm bath. After that, I put him back on the couch and took his temp again, IT WAS 105.3!!! I Know, I was FREAKING OUT!! I thought I looked at it wrong, maybe that 5 was a 2. I said OH MY GOSH! Chace said what is it, I told him he didn't need to know! I took it again and it was 105.0. I went and got every thermometer we own, and was testing them out, Chance was getting all his A/C, thermometer gadgets! I told him this wasn't a science experiment! :) He went back into the bath, for as long as he could stand it! It started to go down, little by little. A few minutes later, it was 103.4. I had my shoes on and my purse on my shoulder, ready to go to the hospital! My husband said, give it 15 more minutes, if it's not down will go. Well PRAISE GOD!!!!! It started going down and we finally got to breathe easier and go to bed! I say bed, I set my alarm every hour to take his temperature! So I didn't get much sleep. Then I had to go to the Dr. at 8:00 am for myself. Chace's Dr. couldn't see him and mine couldn't either, so I took him to a new pediatric office, that my Dr. suggested! They were really good there! Well my diagnosis was right, he has Strep. She said his tonsils were really red and really big! So I guess his tonsils will be taken out soon! Autumn had Strep so much, that she had to get hers out last December! Well, I guess that's enough of my drama! I just ask for continued prayers for us, and that his fever doesn't get like that again! That is too SCARY for me!! Thank you all for the prayers already! Sorry for not posting a card today, I did make one, but I can't post it yet! :)
If you read all of this, you are a sweet blog friend! :) Thanks!

Have a Blessed night!

Oh Winter, I'm sorry that you've all been feeling bad and then the scare with Chace. You and your family are in my prayers.

Take care and rest up.

Winter, wow! What an ordeal....I'm so happy to know that you made it....nothing scarier than a really sick child. I hope y'all get feeling better soon! I'll keep you in my prayers!

Thanks for the sweet comment on my blog! I wish I would be feeling better as well.....but I have about six more months before that happens....hopefully sooner, though!

Winter... I am sorry you had a had a rough night and that your son is has strep! That alone is scary (I've heard untreated.. it could be bad) but the fever being so high would freak me out as well! I hope you both feel better soon! Did you find out anything about yourself? Not trying to be nosey so don't answer if you don't want! Will keep you guys in my prayers!! :)

{Hugs}! What a tough night you guys had! (And isn't it the truth about kids getting sick right after doctors' offices close? Man.) Hope Chace is feeling better soon!

What a terrible time you have all been going through! What is it about the after hours illnesses? It always seems to be the case for us too. I have visited the emergency room in more countries than I care to think about! I hope you ALL are feeling much better and quickly.
BTW- I love the photo of Autumn and I'd be right there with you yelling at the kids to get away from the edge! We may travel a lot, but I'm still overly protective of my kids. Maybe one day I'll be more free spirited... I doubt it. :-)
Big hugs!!

Man, that is so stressful! I don't know how you moms do it. I'm so glad his fever went down!

omg!! so happy he is better!! Im not sure what happened but it doesn't show your new post anymore i was scrolling down im like hey...hey ....hey i havent seen any of these beautiful cards!! sooo pretty!!

Ohhhh, Winter! I'm so sorry to hear you guys have been going through all that! Thank goodness there's some relief in sight! I'll continue to keep you and your sweet family in my thoughts!

Oh my goodness, you must have been so scared. Thank God he is alright. Lots of prayers and healthy thoughts toward your family! 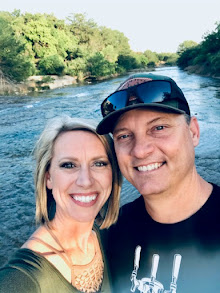 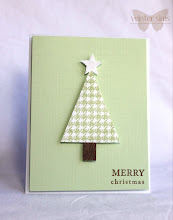